(Made in one week for XanderJam 5)

Your ship is having engine problems, so they need you to buy them some TIME while they make repairs. They had to suspend the power warp core below the ship, where it's vulnerable to all sorts of mayhem.

Be careful down there. Outside of the ship you have limited TIME on your battery power. Watch out for pickups to refill your power source, but being almost out of TIME isn't necessarily a bad thing ... you get a double damage boost when you're overclocked, and when you're really close to the end of your power, TIME seems to slow down around you as your hyper processor kicks in.

Patrol your platforms. Hover, shoot, hover some more and buy new upgrades to make survive the next round.

R - Restart the game if you encounter a bug

Gamepad Controls
I know at least an Xbox controller works, sorry I couldn't test more, and the controller won't work in the shop, so you'll have to bounce back and forth between rounds, but I still highly recommend a controller.

D-Pad or Left Joystick to move left and right. On an Xbox controller:
A - Jump, hold to hover
X - Fire left
B - Fire right
Y - Fire up if you've got Top Gun

>>> SPOILER<<<
If you're struggling to beat the game and want a cheat code given as an end-game reward, comment and I'll share it with you.

All my love to AirBear, who believes in me and supports me. 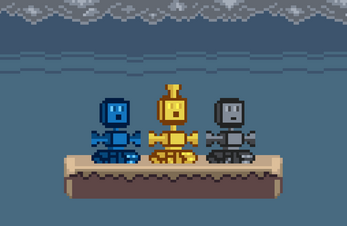 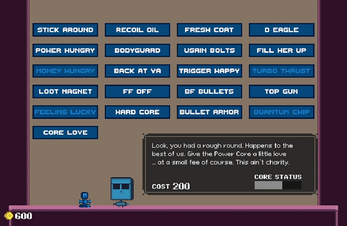 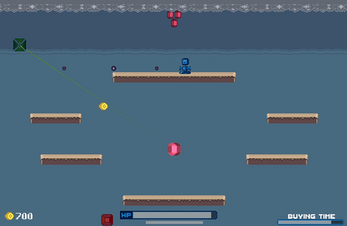 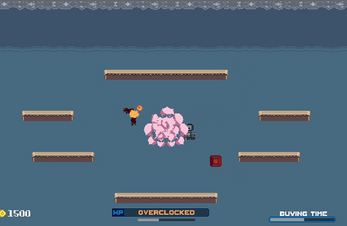 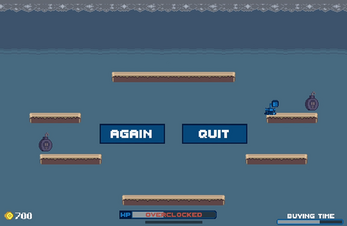